Here are the final results of the August 2020 Trial Online Chess League.

Congratulations to the University of Warwick who won all of their games.A total of 54 different players represented the 6 competing clubs.

FINAL RESULTS TABLE BASED UPON FIRST 4 PLAYERS ONLY

Posted by Simon Weaver at Saturday, September 05, 2020 No comments:

Resumption of Over the Board Chess

I am pleased to say we have now re-opened the club for over the board chess.

The club is open as normal from 7.30pm every Tuesday. Social Games Only. League chess will not be starting until at least January 2021. 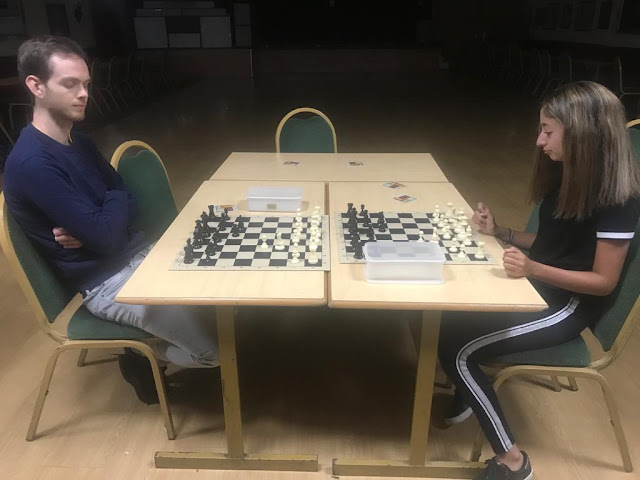 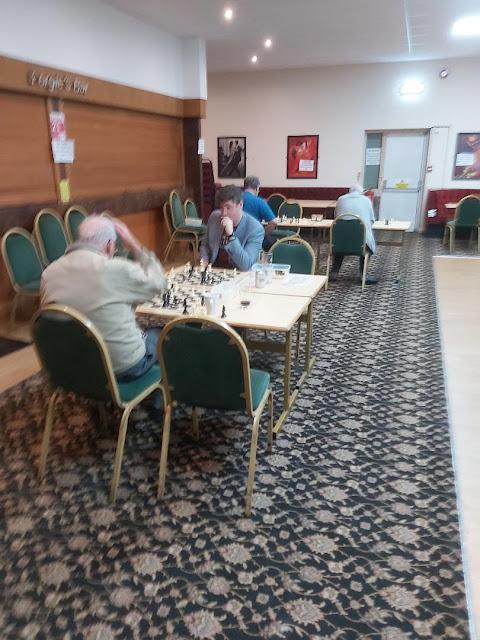 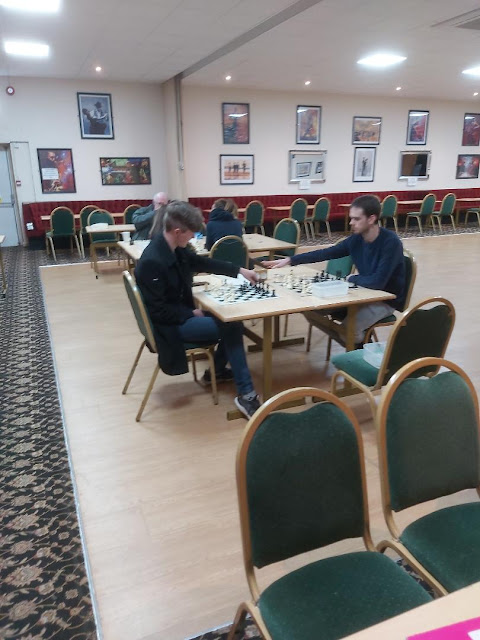 Posted by Simon Weaver at Wednesday, August 26, 2020 No comments:

Email ThisBlogThis!Share to TwitterShare to FacebookShare to Pinterest
Labels: otb chess coventry, over the board chess, Over the Board chess after covid19

Return To Over The Board Chess

To keep everyone up to date, with the anticipated re-opening of Pubs and Social Clubs, the Committee will be meeting (virtually) this week and  reviewing the practicalities of possibly opening the Club in the near future.

Please be assured before this takes place we will only return to over the board chess if it is safe to do so and we will be following any guidance laid down by the ECF, Governement and the venue.

I know some of you knew Oliver and played him on many occasions. Please find below the sad news I have just received from Colin Green about Oliver's passing.

Sorry to have to share the news that Oliver Cosham died in Draycote
Court Residential home, Nuneaton on Wednesday 24th June.  He was 82.
His death was unrelated to Covid 19 and was not unexpected.
I first played chess with Oliver in the 1973-4 season after returning to
chess following a four year gap for educational reasons.  We played in
the same team for many years.
Oliver was an active member of Nuneaton Chess Club and later served the
Coventry League as Records Secretary for about twenty years.  He was
still playing competitive chess for Nuneaton until March 2018.
When I first knew him he was Deputy Head at Nicholas Chamberlaine school
and he finished his career as Principal of a sixth form college in
Leicester.
Oliver never really recovered from the death of his wife Diana in 2017.
He lived at home for a while but eventually went into care.
His son Andrew advises me that due to present restrictions his funeral
is likely to be limited to twelve and be a simple and short ceremony.
He also suggests that any donations be sent to the Mary Ann Evans Hospice.
Posted by Simon Weaver at Monday, June 29, 2020 No comments:

Please find the latest update concerning over the Board Chess from our League Chairman.

The Coventry Chess League remains suspended due to the present Covid 19 pandemic but as Chairman of the League I thought I would update you on the situation as your committee sees it.

It seems that there is no immediate prospect of over the board chess restarting any time soon.  It might well be that the pubs and social clubs that many of us use as venues are among the last places to reopen.  Nevertheless your committee recently 'met' on Zoom to discuss what the future might look like and to be prepared to be in a position to restart when it is safe to do so.

With this in mind I would like to communicate to all members of the Coventry League our intention to continue playing chess in the 2020-21 season even if it takes a different form to that which we have known previously. We also plan to complete 2019-20 with the three outstanding matches to decide the final three tournaments.
If over the board chess is not possible then there will be an online presence for the Coventry League.

Therefore please keep your Tuesdays free during our normal Autumn/Winter playing season as there will be some form of activity.  The Coventry League committee will continue to 'meet' online and we will be consulting with all of our clubs as to how to develop in the future.
You might also wish to note that at present the 3rd Coventry Chess League Congress due for Sunday 6th December 2020 is still in the diary.

Many thanks and best wishes.
Colin Green
Posted by Simon Weaver at Friday, May 15, 2020 No comments:

Coronavirus update - Message from the Chairman of the League

At this very difficult time your thoughts may be far from considering
the future of the Coventry Chess League.
Nevertheless the present tragic situation will come to an end at some
stage and I wanted you to know that your Coventry Chess League committee
will be working towards the completion the 2019-20 season and to prepare
for the 2020-21 season.

It is not possible at this stage to know when this might be, but I
wanted you to know that when restrictions are lifted, and when chess
players are ready to re-start we will be in a position to reform our
leagues and return to playing chess.  I will hope to keep you updated
but in the meantime do please keep safe and if you have any thoughts or
opinions do please share them with your club organisers or myself.

As you are all aware the current Coronavirus situation has been escalating for some time and now the ECF has issued guidance for all chess clubs as follows:

"The ECF has been considering the operation of evening league chess during the continuing coronavirus pandemic.It is for individual leagues to decide on their own policy and the ECF cannot make decisions for those organisations. Our suggestion is that play is suspended for a period. A sensible period to allow for the progress of the virus to be monitored and reviewed in line with developments in Government policy might be for the next three weeks, with the policy being reconsidered at the end of that period."

Suspensions are now occurring across the sporting world, in chess and way beyond, to the point where keeping going increasingly appears anomalous and unwanted.

As we operate under the auspices of the ECF we have no choice but to close Coventry Chess Club for the foreseeable future. However, we will keep a close eye on the situation and as soon as there is any change in the guidance I will get back in contact.

This does mean that the Summer Cup and the Club AGM will be postponed as well.

Whilst we are reluctant to close the club we feel in order to protect all our members this is the right course of action.