Round 3 of the Summer Cup held last night with a bumper turnout of 28 players !

So, we are now already half way through the competition and the competition for the top places is getting very tight. We now have two clear leaders in the competition and both players have just recently returned to OTB chess. Mike Donnelly is now on 3 points - with an impressive win over Bob Holmes - who has been a Runner Up on a number of occasions - and Bernard Charnley who had a win over the current holder of the Cup, Dave Ireland.

Although in hot pursuit are a number of players on 2 & 2.5 points of which any are capable of putting together a winning run.

Round 4 will be held next week - Tuesday 5th May

Thank you to all players for your participation so far !

And just when you thought we could not have anymore bizarre stories about chess FIDE's President comes up with a very odd suggestion for Chess Pieces - and no this is not an April Fool.!

The Most Weird Way to Play Chess !

As there are a number of highly graded players in the tournament this year, this has meant that although we are only in Round 2, already the top seeds are playing each other. This of course resulted in some very close games and more draws in Round 2 than we would normally expect.

A good example is Bob Holmes playing Ed Goodwin - their game was very closely fought and with less than 3 minutes on his clock Ed managed to force a perpetual check and claim a draw. Mike Johnson's game against Rajan was again very close although Mike felt if he had played on he may have been able to force a win.
Another new player that continues to impress is Tom Stamper who earned a draw against Clive Blackburn. Tom get his nerve in a very tricky end game which would have been easy to loose.

We now have some early leaders with 2 points:

Dont forget the next round is.... Tuesday 28th April normal 7.30pm start

As I mentioned last week chess is finally getting some publicity in the national newspapers .. but only because of a GM trying to cheat! here is another article from the Independent talking about the pressures of playing top flight chess. 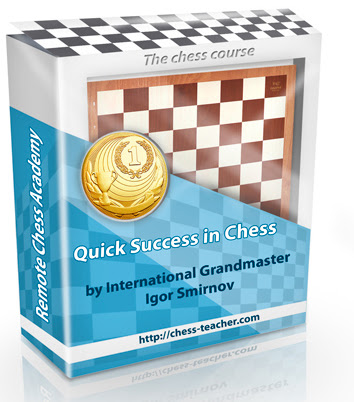 Posted by Simon Weaver at Wednesday, April 22, 2015 No comments:


The KO Cup and Plate Final were held last night at Massey Ferguson.

The KO Cup Final was between Rugby A and Newdigate.

In the Plate Final between Coventry C and Nuneaton D. Nuneaton D won 3-1. Coventry C managed to secure a draw on Boards 1 and 3 but unfortunately loosing on Boards 2 and 4 therefore Nuneaton winning 3-1. The full result below.

S.Manickam .5 .5 M.Maher
H.Jones 0 1  J.Rayner
S.Weaver .5 .5 P.McConnell
I.Evans 0 1 S.Dilley
1  3
Next week (April 21st) the Summer Cup resumes - Round 2 - and will now run straight through until the final round.
There is still all to play for and I will be checking your iphone and the toilets!

Posted by Simon Weaver at Wednesday, April 15, 2015 No comments:

The first round of the Summer Cup is now complete and this year there were no surprise results, although one or two of the seeded players had a bit of a scare during their games!

A special mention must go to a new player, Tom Stamper who played Bob Holmes. Their match was very close and Bob had to play particularly careful to make sure he won. Bob was very impressed the way Tom played and is one to watch for the future.

Mike Donnelly, on his return to the club, secured a hard fought win over Paul Sweatman. Another new player, David Adams also played very well against Dave Filer and could quite easily have secured a draw at one point in the game.

As the tournament is a Swiss, next round you will be playing someone with the same number of points as yourself, so a fresh challenge for all players next time!

Next week we have the KO Cup Final and Plate Final at the Club. So the next round of the Summer Cup is on :-

The Summer cup is now ready for the first round on the 7th April.

We now have over 25 entrants with a number of new players.

I am also pleased to announce that a former Whoberley player - Mike Donnelly, who I am sure the longer serving members remember, has entered the competition. So do please, make him feel welcome on his return to the club.

There is still time to enter if your name is not down as the draw for the first round has not taken place.

To any prospective new members the Summer Cup is an ideal opportunity to join Coventry Chess Club and meet and play other club members. If you wish to take part call Simon Weaver on 01926 858093.

The entrants I have so far are - in no particular order: -

The second round will take place on the 21st April as I can now confirm that the KO Cup final between Rugby A v Newdigate and the
Plate Final... Coventry C v Nuneaton is to be held at Massey Ferguson on the 14th April.

Simon
Posted by Simon Weaver at Friday, April 03, 2015 No comments: