The first round of the Summer Cup got under way last night (Tuesday 25th April) and yet again produced some surprise results.
There were 12 matches and here is a quick review of some of the games.

John Loughnane drew with Mike Johnson - a really good result for John a 35 point grading difference. Pete Smith won against Nigel Morris again about a 30 point difference in grading.
Special mention must go to Stan Whitmore who came within 30 seconds of winning against Bava. The game went right to the end with Bava only having 20-30 seconds left on his clock. Stan seemed to have the upper hand for a lot of the game and only lost in a time scramble at the end.Stan very sportingly resigned when he was a piece down.

Gordon Cornell put a valliant effort against Dave Filer and their match was the last to finish with Dave eventually winning on time.
We also welcomed two new players to the Summer Cup Wayne Ingram and Matthew Houldershaw, who took part in their first competitive game.
The first round certainly produced some very competitive chess and very interesting games, so my Thanks to all players for last night, it makes it a pleasure to organise the Tournament.

Massey Ferguson have advised me that next week there may be some building work going on in the room where we normally play, so we may have to play in the lounge behind the bar or in the Hall after Zumba has finished.

Posted by Simon Weaver at Wednesday, April 26, 2017 No comments:

I can confirm that we are all set for the first round of the Summer Cup starting on Tuesday 25th April normal start time of 7.30pm.

Quick recap of rules : Based on a Swiss Tournament. Normal League rules apply :- 30 moves in an hour and a quarter, then 15 minutes to finish the game.
Toss for colours. Six Rounds starting the 25th April with the rest of the rounds each following Tuesday.
The final Round is on the 30th May. Free Entry.
If you are unable to play in any round please let me know beforehand.

We currently have well over 20+ players confirmed and I have tried to contact everyone but if your name is not down yet it is not too late to enter, just either call or email myself.

I will try and provide cumulative scores on this site and on our Facebook page.

Good Luck to everyone in the competition !
Posted by Simon Weaver at Saturday, April 22, 2017 No comments:

First, Congratulations to the A team reaching the final of the KO Cup - they narrowly lost out to Rugby A - by 2.5 to 1.5. With the match level at 1.5 points each and Dave Ireland's match the only game left. Dave was forced into playing for a win, as otherwise the A team would have lost on Board Count. Dave tried to force a win, but as can happen, this can result in losing a game instead of getting a comfortable draw. Dave played for the team and ended up narrowly loosing.

There are now over 25 players who are playing in the Summer Cup which starts on April 25th, so if you have not got your name down yet, just drop me en email and I will add you to the list of Entrants.
As last year, there will be a trophy for the highest graded player U120 - The Gordon Cornell Trophy. Last years winner - Howard Jones - is now graded over 120 - so there will be a new holder this year!

Mike Johnson has announced, that he will be stepping down as Club Secretary with immediate effect. Mike has given over 40+years service to first Whoberley Chess club and then Coventry Chess club and was instrumental in ensuring that the club continued when John Evans passed away.

In the past, Mike has been League secretary, Club Secretary, Grader, Results service Administrator, Captain of a team and he has even played chess! Mike now wishes to concentrate purely on playing chess. Any one of those roles demands a lot of time so our Thanks go to Mike for fulfilling all those roles over the last few years.

Clearly now Mike has resigned, this will need Club Members to elect a new Club Secretary. Therefore the AGM will be held immediately after the end of the Summer Cup on the 6th June.

This year I thought it would be rather nice if we had some light refreshments at the AGM, so the intention is to maybe have the AGM first and then some food after the AGM. The Chairman, Dave Filer has agreed to Chair the meeting.
It would be nice to see as many members as possible at the AGM as there will be a number of Committee Vacancies to fill as soon as possible before the new season and of course if anyone has any new ideas on how we can take the club forward with a new Committee please let Dave Filer or myself know and we can add the item to the Agenda. 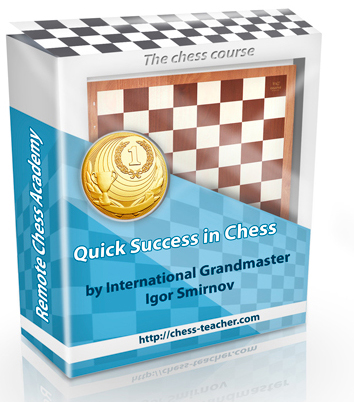 
Congratulations to Coventry A who have made it through to the Final of the KO Cup which will be played on they 11th April at Massey Ferguson Social Club.

They will be playing Rugby A so it will be a very interesting match.


I have also started a Facebook Group for Coventry Chess club members or anyone interested in Chess in Coventry, so for anyone on Facebook or wishes to join I have put the link below - just send me an invite and I will accept you into the group.

It can be a good way of keeping in contact with everyone, so if you are a member of Facebook do join us in the group