The draw for the first round of the  KO Cup has been made and the pairings are as follows:-

I am also pleased to report three Coventry players have taken part in National Tournaments and achieved some good results.

Dragomir came 2nd in the Intermediate group at the Birmingham Rapid play tournament. He also missed the first round due to travel problems -  so it makes it an even more impressive result. 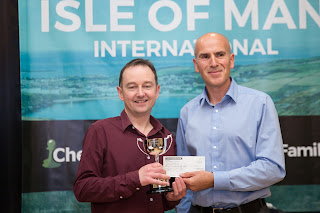