I know this will come as a shock. I have to report with deep regret that John Loughnane has tragically died in a motorbike accident in June of this Year.

I have spoken to Myton Hospice today, who John worked for, and they confirmed what we suspected last night, that John has been killed.

Apparently one of John's aspirations was to own a motorbike and go touring around Ireland so he recently purchased a motorbike and was on a trip down to Portsmouth, to try out his new purchase, where he unfortunately lost control and was hit by another vehicle. Here is a newspaper cutting from the Coventry Telegraph recording the accident John Loughnane

John was an extremely popular member of the Club and had been a member for many years. He loved playing chess and was always enthusiastic about his games that he played. John had a great sense of humour and and I know it is a cliche, but he really was "a gentle giant"

Many of you will have played John over the Years either in League or friendly matches and he always played hard but fair and he just loved playing Chess whenever he could. His kindness and generosity also extended to his workplace where he was very highly regarded and well liked.

I know he will be sorely missed by us all and the Club will be poorer without John.

Sadly, his funeral was held a few weeks ago which as a Club we were unaware of, therefore no-one from the Club attended.The details are here Funeral .

Finally, I have attached a few photo's which I think nicely reflect John's personality and sense of fun. 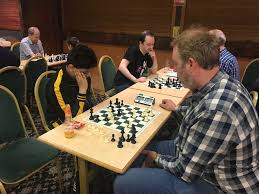 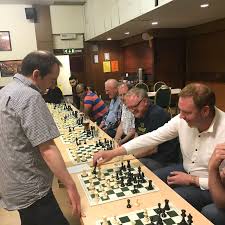 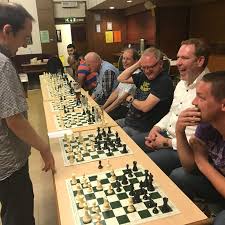